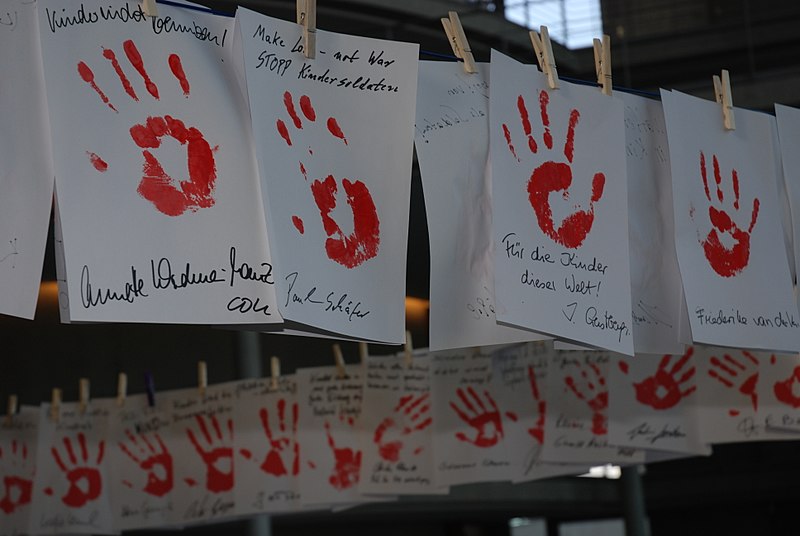 On Red Hand Day or the International Day against the Use of Child Soldiers, February 12 each year since 2002, pleas are made to political leaders and events are staged around the world to draw attention to child soldiers: children under the age of 18 who participate in military organizations of all kinds.

The aim of Red Hand Day is to call for action to stop this practice, and for support for children affected by it.

Hundreds and thousands of handprints have been collected in more than 50 countries and handed over to politicians and to responsible parties, including UN Secretary General. There is progress, but there are still 250,000 child soldiers in the world.