I’m always down for peaceful marches and protests but when it comes to justice and freedom, I believe we don’t get freedom peacefully. Whenever there’s power over us, whenever there’s masters, there’s forces to suppress us.

In history, peace has never safeguarded freedom. Anybody who is depriving you of freedom isn’t deserving of a peaceful approach by the ones who are deprived of their freedom.

I believe the way to have freedom is same way so-called masters are ruling over us. We can’t ask a person who has a gun to make peace with us. The one who has gun is going to force us to do what it wants.

We can’t trust a regime who kills people to change. We should change it with forces. Freedom is not free. Years of peace with masters resulted in continues slavery. Slaves got free when they stood up against these masters.

Recently, GitHub decided to abandon ‘master’ and ‘slave’ terms to replace them with alternatives, to avoid slavery references. That’s a really good move and practice but there are still some serious questions remaining.

You may know that GitHub is owned by Microsoft and follows Microsoft specified terms. This has discriminated against a number of people around the world. Many people in Iran, Syria, Crimea, Cuba, Venezuela, etc. are not able to create private repositories or use some basic GitHub functions.

Countries I listed are basically countries that are not following U.S. rules and are under United States sanctions. While GitHub is trying to show that its against racism, many people are restricted to use GitHub service because of their nationality.

Limiting users based on their birthplace, ethnicity, or nationality is racism. If GitHub is doing this because it’s law, GitHub is still racist as it’s following a racist law.

Once upon a time, slave owners/traders were doing something completely legal but does that make slavery OK? Of course not. Not fighting against racism is helping racism. This is not a fight where you can choose to be neutral. This is a fight that you should choose to be with people or against them.

It’s needless to mention that at first, many users were restricted from using GitHub at all and many accounts got banned. If it wasn’t for users’ protests, many users were still unable to even sign-up.

I believe what GitHub is doing, about renaming the master and slave terms, is really good but there are still many questions to be asked from Microsoft (as an example) about equality, equity, and justice.

I don’t believe Microsoft cares for these matters as we can see the situations. I don’t believe what GitHub did is more than a show. If you do care about racism and justice, do something, RENAMING DEFAULT BRANCH IS NOT ENOUGH!

On this day in history the Soweto Uprising took place, when more than 20000 South African Black school children took to the streets of Soweto to protest the introduction of the mandatory apartheid Afrikaans-language instruction in their township schools.

After police opened fire on the students, rioting quickly spread across the country turning it into a nationwide uprising against white apartheid rule.⁠

The 1976 Uprising that began in Soweto was triggered by the introduction of Afrikaans as a language of instruction in schools, because it was seen by most Black South Africans as directly linked to apartheid and the violent, white state.⁠

The protests began peacefully, but apartheid security forces quickly used violence against protesters. Police shot tear gas and sent dogs into the crowds. When that failed to disperse the gathering, the police shot with live bullets.⁠

Most say around 200 people (many of them children and youth) were killed that day with the highest estimates placing the casualties at 700. The Soweto Massacre was a watershed moment in the anti-apartheid movement garnering massive global support for the movement when images from the day made their way around the world.⁠

Today, South Africa commemorates the uprising and massacre as Youth Day in honor of those who stood up for their people and were killed.⁠

An Iranian woman was beheaded by her husband on June 14. Locals report that a relative of Fatemeh, the poor woman, says Fatemeh’s sister was married to the brother of her husband and she was repeatedly beaten by her husband. Her sister even lost her child because of these beatings.

Fatemeh was forced to this marriage because she knew her husband is just like his brother. This relative of Fatemeh says Fatemeh was beaten by her husband too and after a few months of torture, she ran away to Mashhad, a city far from her hometown and takes shelter in safe house.

A while after, her father finds her and brings her back to the slaughterhouse where he (her father) knew that she’s going to be murdered. The father remembers how his sister (Fatemeh’s aunt) was killed by her husband (aunt’s husband) and this was nothing new to him.

The father tries to kill his daughter (Fatemeh) by feeding her poison but Fatemeh’s mother finds out and rescues her. After this, Fatemeh’s husband beheads Fatemeh next to the river.

Locals say that Fateme’s father won’t complaint against this as he’s a part of this too and her (Fatemeh) mother and sister won’t say anything because they fear their lives too.

A really sad day for human rights. Human rights organizations and authorities can’t do almost anything because of discriminatory laws.

An Egyptian LGBT activist was found dead in her home in Canada where she had been living in exile since 2018. Sara Hegazy, 30, committed suicide on Sunday after leaving behind a note asking her family and friends to forgive her.

“To my siblings – I tried to find redemption and failed, forgive me,” Hegazy’s handwritten letter said. “To my friends – the experience [journey] was harsh and I am too weak to resist it, forgive me.

“To the world – you were cruel to a great extent, but I forgive.”

Hegazy rose to prominence after raising the LGBT rainbow flag at a concert in Egypt in October 2017. The band playing was Mashrou’ Leila, whose lead singer Hamed Sinno is openly gay and known for advocating for queer rights.

Hegazy was among dozens arrested by Egyptian security forces following orders from the public prosecutor to investigate others who raised the rainbow flag at the same concert.

She was charged with “promoting sexual deviancy and debauchery”. Another law student, Ahmed Alaa, was also arrested and charged with “joining a group formed in contrary to the law”.

Hegazy spent three months in prison before she was released on bail. However, she suffered from post-traumatic stress disorder (PTSD) caused by the humiliation and mistreatment she faced during her imprisonment, which resulted in a failed suicide attempt. She eventually sought asylum in Canada.

Activists paid tribute to Hegazy on social media, with some using the hashtag RaiseTheFlagForSarah. 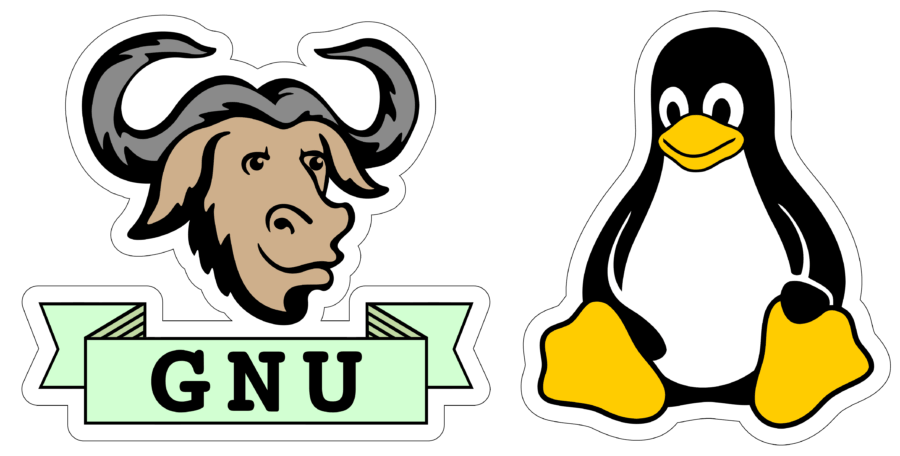 You may have notice that one of my emphasis is the use of software libre and GNU operating system. Almost all of GNU distros come with a Linux kernel so we’ll call it GNU+Linux, and not only GNU.

Software libre is one of the most important parts of my digital life. There’s no proprietary software running on my computers but what makes that happen is the GNU operating system and the Linux kernel (GNU+Linux).

For some people, migrating to GNU+Linux is easy and some even know the benefits. However, some people still don’t know why they should migrate to GNU+Linux. If you feel your computer works fine but you are

then GNU+Linux is a wise choice for you. If you don’t know how you should start using software libre and a free (as in freedom and most of the times as in price) operating system, then this small guide would be helpful.

END_OF_DOCUMENT_TOKEN_TO_BE_REPLACED

The government of the United States is not the champion of freedom, but rather the perpetrator of exploitation and oppression against the peoples of the world and against a large part of its own population.

Protesters in Atlanta have set a Wendy’s on fire 1 day after Atlanta Police shot and killed Rayshard Brooks in the parking lot last Friday when Wendy’s employees called the police on Brooks as he was allegedly sleeping in his car.

They tried to arrest him, but he managed to get himself free and tried to run away after which the police shot him in the back, a banned police practice.

Rayshard Brooks was 27 year old and a father of 3 girls and 1 stepson. He was celebrating his daughter’s 8th birthday and was planning to take her skating.

Blue pigs are still murdering people and the system is still supporting it. We should not stop our protests and fight for freedom and justice. If we stop, they gain more power to suppress us.

Whenever I talk about computers or software services, people suggest me different stuff to use or buy and every time I explain how I, like another people here, are deprived from having those stuff because of U.S sanctions.

U.S has the power over a lot of countries to force them do what it likes but this is unacceptable. I agree that Unites States wants to make sure it and its allies are safe but setting unfair laws and rules is not only unacceptable but also a terrible way and reason.

After Microsoft owned GitHub, a lot of Iranian users were banned from using it because of U.S. trade laws. A lot of people from different countries are still unable to use private repositories or buying GitHub plans.

What might they do? Storing nuclear codes or programs in private repos? This is what I’m talking about. A lot of rules and limitations are only ridiculous. I wrote about the GNU+Linux distro Fedora and the notice on its download page before. What? Iranians may use Fedora to build a nuclear bomb and they won’t download it because if this notice?

Some rules are only stupid and ridicules. They are discriminatory and offensive to human beings. Currently, the software community of Iran is experiencing a lot of difficulties and suffers from these discriminatory laws.

You Have a First Amendment Right to Record the Police