Anonymous hackers hacked the accounts of some high-profile tech figures, politicians, celebrities, and corporations on Twitter on Wednesday, July 16th.

Former United States President Barack Obama, his Vice President and a possible Democratic candidate in the 2020 election Joe Biden, and Mike Bloomberg are among those whose Twitter accounts have been hacked.

Among the celebrities who have been attacked by hackers are Kanye West and Kim Kardashian.

The hackers posted tweets on their accounts, offering to pay $2000 for every $1000 transferred to an anonymous Bitcoin address. More than 100 thousand dollars have been sent to those Bitcoin wallets.

Twitter shares fell 4 percent after this major hack. It seems that Twitter’s authentication system has been hacked and it’s not just few people/accounts. It means they could have gain access to every account.

It’s another reason to avoid using proprietary software. Software libre gives anybody an opportunity to study the code/software and cooperate on fixing bugs like this. Social networks like Twitter are centralized, meaning there’s a central server that all users should trust. Instead, social networks like Mastodon are decentralized, meaning there’s no central server and there’s less risk/possibility for something like this to happen.

At least 4 executions are confirmed in Iran in the last week. Now, three justice protesters, Amir Hossein Moradi, Saeid Tamjidi, and Mohammad Rajabi are going to be executed (or have been executed this morning).

Freedom and justice activists are asking Iranian government and justice system to stop these executions.

Digital Rights Management or DRM is the act of imposing technical constraints that control what users can do with digital media. When you are prevented by a piece of software from copying or playing a song, reading an e-book on another device, or playing a solitaire game without Internet access, you are actually restricted by DRM.

This helps big tech and DRM abusers to gain more power over users. DRM abusers can control people’s behavior and every device that is created to run their software.

Proponents of freedom of expression and human rights, therefore, call DRM not “digital rights management” but “Digital Restrictions Management”. We should say that if we want to avoid a future in which our tools are to monitor our interactions. With digital media, we have to fight not to lose control of our media and software.

END_OF_DOCUMENT_TOKEN_TO_BE_REPLACED

In 1983, Richard Stallman, longtime member of the hacker community at the MIT Artificial Intelligence Laboratory, announced the GNU project, saying that he had become frustrated with the effects of the change in culture of the computer industry and its users.

Software development for the GNU operating system began in January 1984, and the Free Software Foundation (FSF) was founded in October 1985. An article outlining the project and its goals was published in March 1985 titled the GNU Manifesto. The manifesto included significant explanation of the GNU philosophy, Free Software Definition and “copyleft” ideas.

Some parts of the GNU Manifesto begun as an announcement of the GNU Project posted by Richard Stallman on September 27, 1983 in form of an email on Usenet newsgroups.

The project’s aim was to give computer users freedom and control over their computers by collaboratively developing and providing software that is based on Stallman’s idea of software freedom (although the written definition had not existed until February 1986). The manifesto was written as a way to familiarize more people with these concepts, and to find more support in form of work, money, programs and hardware.

The whole point and reason of the GNU Manifesto was to bring justice to computer users. Stallman believed that people should be in complete control of their own computers and it should us who control the computers not computers controlling us.

Most tech/computer companies are producing proprietary software and computers which violate our rights over technologies we use and we, as well as Mr. Stallman, believe this is injustice.

With this in our minds, I should say that software libre cares about justice. However some people may use software libre for reasons/purposes that we don’t like, the core of software libre definition deeply cares for justice.

I see a lot of people in software libre community who want to help the community by violating some people’s rights. Limiting people’s freedom of speech in communities or dismissing them is not what we truly believed in when it started.

I totally agree that if a person is trying to mislead people to proprietary stuff or violates the basic rules of a specific community, we should act against it but only because someone disagrees with us and/or doesn’t like the way we act about software freedom, we shouldn’t limit that person from participating or getting services.

There are new concerns about new famous video-sharing app TikTok and its privacy. TikTok, the video-sharing app whose meteoric rise amongst teenage users has made it a challenger to the likes of Facebook, is under attack thanks to its Chinese roots.

The Trump administration said this month it’s considering banning the app in the US altogether. Secretary of State Mike Pompeo first broke the news on Monday, telling Fox News’ Laura Ingraham the administration was considering a ban on national security grounds.

It’s actually funny that a lot of people are now considering deletion of the app for privacy reasons but they have no problem with Google, Facebook, Amazon, etc. for the same thing. It’s safe to say that TikTok has even less data of users than GMAFIA.

Pompeo says that using TikTok could mean people’s data ends up “in the hands of the Chinese Communist Party.” It may be correct. I encourage you to uninstall this software too. Not only this app but every proprietary privacy-violating app you have.

But something I don’t understand is that how people can be concerned about a company because it has Chinese roots but be completely OK with another company that even collects and processes more data only because it’s American.

If TikTok collecting data is bad, Google harvesting data is worse. I believe United States officials are well aware of how Google and other American companies harvest people’s data. I’m also sure that U.S. Government has no problem with people’s privacy being violated.

New concerns and media attention to TikTok is just another political game between U.S. and China. Some political analysts believe putting a ban on TikTok is just to punish China for coronavirus.

Anyway, as I said, I totally encourage people to delete the app as much as I encourage people to move away from Google and any other privacy-violating proprietary software/company. It would be just ridicules if you are concerned about privacy of TikTok but not the same situation on Google, etc.

I’m not supporting any criminal activity but I’m well aware that the criminals we see in the news are just some small pieces.

But this couldn’t stop co-founders John Gilmore, John Perry Barlow, and Mitch Kapor to found a this great organization. This really helps us to understand how our decisions and acts today, can have a great impact on our future.

Every digital or privacy matter we experience now, can lead us to a better or worse future based on our own acts. Our current behavior and actions will undoubtedly shape our future. This is a good reason to start trying to make the digital and non-digital worlds better.

Everyday, various companies, governments, etc. are trying to limit our freedom and forbid us from our inalienable rights. If we don’t act now, if we don’t start fighting now, we won’t have any chance to start and fight in future.

During the time that slavery was legal in United States, there were a lot of fugitive slaves who fought for their freedom. They either gained it or died proudly. A lot of slaves ran away from United States to where slavery was not legal.

During these times, there were also some slaves who believed that it’s white people’s right to enslave black people. They liked slavery and they liked to be enslaved. They fought against running slaves and they served their masters proudly.

Most of them were slaves just like other slaves. The only difference was that so-called masters were shrewd enough to insinuate to them that it is the masters’ right to enslave them.

Today, we see slavery in digital worlds. I am very sorry that we have new digital slaves who are defending the rights of companies (new masters) against their (new slaves) own rights. Some people are defending Google and its allies even though they know that Google and its friends (GMAFIA) is spying on them and violating their rights over freedom and privacy.

They are slaves I talked about. Slaves who voluntarily are serving masters. Slaves who fight against their own freedom and rights. I still am unable to properly respond to them as I believe dealing with them needs special abilities that I don’t have, sadly.

Russia and China have vetoed a resolution in the UN Security Council to keep two Turkish border crossings open to Syria to deliver aid to the crisis-stricken country for a year. Russia has called for its proposed resolution.

The United Nations High Commissioner for Humanitarian Affairs said the two border crossings were “vital” to the millions of Syrian civilians whom the United Nations does not have direct access to.

The German ambassador to the United Nations said on July 7 that the resolution had not been voted on. Thirteen members said yes and two opposed it.

Immediately after the announcement of the failure of the resolution, Russia, one of the most important allies of the Syrian central government, presented a new resolution under which aid would be extended from a point on Turkey’s border with Syria for six months.

Explaining the issue, Russia’s proposed resolution said the aid would be of better quality if it was carried out under the control of Bashar al-Assad’s government, and through one of the two government-controlled border crossings, Bab al-Salam. 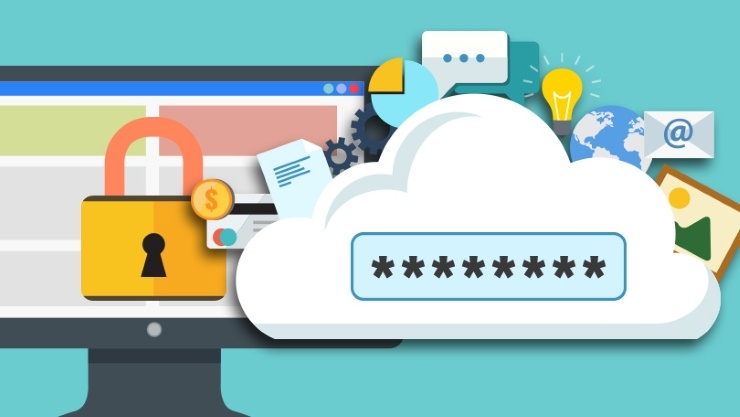 Passwords/passphrases are almost most important part of our digital (and even non-digital) safety and security. A password is the first layer of our security. For long time, passwords were our only shield against infiltrators.

With progress of technology and computer science, we found more effective ways to infiltrate people’s accounts. Hackers are now more likely to sabotage our accounts and data. Although this sabotage is not always bad, one cannot ignore the unpleasant aspect of the story.

An strong password or passphrase can make you more secure. But, the problem is most of the times we can’t remember what password we set for our account.

We may be able to remember a 20-letter long ‘passphrase’ but it’s obviously hard for us to remember a 35-letter password which contains uppercase/lowercase letters, numbers, and special characters. This is why we need password managers.