It is time for Microsoft to show the world how much it really cares for software libre (and open source) and how much they really regret calling open source “cancer”.

While ago, when Microsoft announced that they won’t support Windows XP anymore, the Free Software Foundation sent them a hard drive and asked them to liberate the Windows XP so people would have the benefit of software freedom.

So far, Microsoft didn’t respond to FSF and refused to liberate the software. Now, after the source codes are leaked, Microsoft has the second chance to just give the OS a free license (such as GNU GPL) and show us how much they care about open source (and more importantly software libre).

Microsoft is one of the least favorite companies in software libre communities and by liberating the Windows XP operating system, it can make the situation and its public face better.

Who would have thought that Microsoft, a company that once branded Linux “a cancer that attaches itself in an intellectual property sense to everything it touches” have condescended to adding its browser software in GNU+Linux?

This means software libre world has definitely won, doesn’t it?

Ignite Microsoft will release its Edge browser for GNU+Linux next month, initially through the browser’s Dev preview channel.

The Windows giant, which has warmed to GNU+Linux in recent years, made the announcement at its Ignite 2020 conference, conducted virtually this week on account of the COVID-19 pandemic.

Initially, Microsoft will provide Edge for GNU+Linux through Debian and Ubuntu distributions, with others to follow.

I don’t know what will be the license of the browser and if Microsoft releases the software under a proper license like GNU GPL but I’m not optimistic about it. Microsoft doesn’t like the software libre world as we threaten its interests in violating people’s rights.

However, it’s still good news. It means Microsoft now knows more people are informed and interested in their rights.

Sadly, the majority of people use almost only proprietary software and these companies are benefiting from them. Now, what we do (supporting the free culture) is against their benefit so they have to advertise against it and target people with false accusations against software libre world.

For instance, the Google page about the AGPL details inaccurate (but common) misconceptions about the obligations of the AGPL that don’t follow from the text. Google states that if, for example, Google Maps used PostGIS as its data store, and PostGIS used the AGPL, Google would be required to release the Google Maps code. This is not true.

Now, if they have to pretend to like a software libre, they prefer the ones they can control, the ones like MIT that can be used proprietorially. An example is BSD. One of the major developers of BSD is Apple which benefits a lot from the weak BSD licenses.

Copyleft restricts big tech from benefiting and not giving back to community so these companies don’t like it and do everything they can to weaken the copyleft culture so they can survive on benefiting from our community and violating people’s freedom and rights.

ThinkPad have been GNU+Linux users first choice for years and now Lenovo is released a ThinkPad with a ready-to-run GNU+Linux. And, not just any GNU+Linux, but Red Hat’s community, Fedora.

This is a big milestone for us and for Lenovo as it’s the first time Fedora ships pre-installed on a laptop from a major vendor and it’s the first time the world’s largest laptop maker ships premium laptops with Linux directly to consumers. Currently, only the X1 Carbon is available, but more models are on the way and more geographies will get added too soon.

First in this new Linux-friendly lineup is the X1 Carbon Gen 8. It will be followed by forthcoming versions of the ThinkPad P1 Gen2 and ThinkPad P53. While ThinkPads are usually meant for business users, Lenovo will be happy to sell the Fedora-powered X1 Carbon to home users as well.

I personally love Fedora. I’m currently a Trisquel user after I found out about Fedora’s discriminatory act (rule) but Fedora is actually one of the best.

Two famous Mastodon clients, Subway Tooter and Fedilab reported that they’ve got warnings from Google over what their users have posted.

A Mastodon app does not host or promote any content. The user types the address to connect to. The responsibility of moderating resides with the server/instance the user is active in. Exactly like how web browsers work. A web browser is not responsible for what websites promote and doesn’t host their content. A web browser only shows those content.

So, unless Google removes Google Chrome, Mozilla Firefox, Opera, Edge, and other web browsers because they may show sensitive content such as racism, Google’s analogy is ridicules and out of line.

Also, I really suggest developers to publish their app on platforms like F-Droid instead of Google Play Store. F-Droid only hosts software libre apps and is much safer and better than Google’s platform. The Mastodon client Fedilab is also accessible on F-Droid.

FBI and NSA both suggested Linux users to secure the kernel from the Russian malware called Drovorub. A while ago, the Russian hacking group, FancyBear, was recognized to be using a newly disclosed malware toolset to establish a command-and-control connection with infected Linux, the kernel, systems.

the toolset essentially creates a backdoor that enables file downloads and uploads, the execution of arbitrary commands as root, and the port forwarding of network traffic to additional hosts on the network, the FBI and National Security Agency warned last week in a cybersecurity advisory, news release and fact sheet.

There are crazy amount of people who believe there are microchips in vaccines (in this case, coronavirus (COVID-19) vaccine) to track them and violate their privacy, freedom, and individuality.

It’s ridicules how some people can think about and believe in such theories while tweeting with an Apple iPhone. People use proprietary and privacy-violating platforms to tell their worries about privacy. I don’t understand, really. 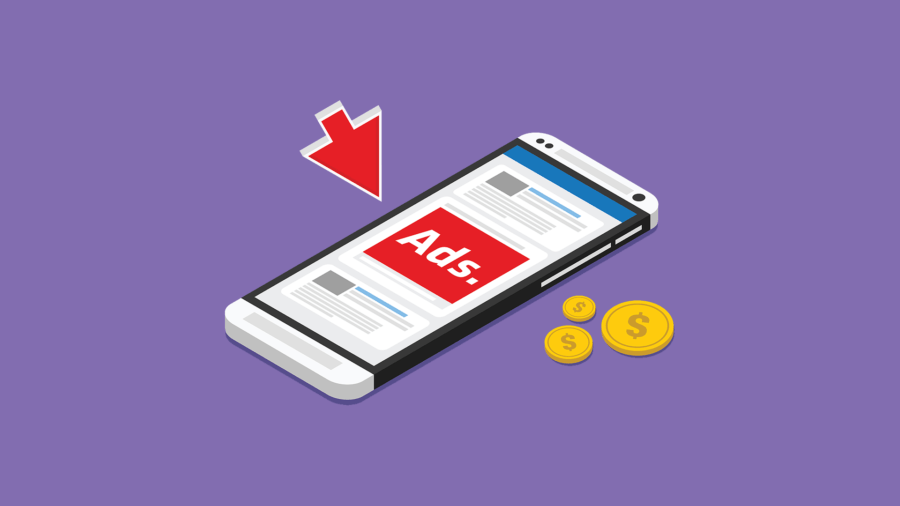 Ad-blockers are technically filters. Just like how your email system or software filters spam email messages and only gives you the necessary ones, ad-blockers only give you the content you’re looking for, not the ads. But, something many people don’t know about is that ad-blockers don’t block all ads.

Ad-blockers are actually blocking those ads that violate your privacy and/or freedom. Well of course not all ad-blockers act like this but most famous ones only block trackers.

Web trackers are files and codes which try to follow (track) you online and build a profile upon your activity to show you more relevant (to your personality) ads. For example, if you start searching for a penguin using Google, after a while, you’ll see ads about penguins. Or start searching for a red scarf, and then penguins, you probably will see ads about a penguin wearing a red scarf!

Now, should we block ads?

END_OF_DOCUMENT_TOKEN_TO_BE_REPLACED

The Register reported that Facebook is going to get a seat at at Linux Foundation after Facebook Open Source group signed themselves as platinum member. “Facebook’s open-source group has been a long-time member of the Foundation, but has now decided a top-tier platinum membership is its best option. Doing so sees it join the likes of Google, Huawei, IBM, Microsoft, and Intel.” The Register wrote in its article.

However it’s good news, we should worry too. Tech giants are famous for using software libre for their benefit (which has no problem of course) but in proprietary software which violates people’s digital rights and software freedom.

Facebook contributes to many free (as in freedom) projects such as React JS and the Open Compute Project. Also, In a blog post announcing the membership, the Linux Foundation commended a number of Facebook projects that “leverage open source to unlock the potential of open innovation”.

This includes Facebook Connectivity, which, together with the open-source Telecom Infra Project Foundation, aims to bring fast, reliable internet to remote areas of the world.

If Facebook, and other digital rights and software freedom-violating companies, really believe in an open and free society and digital world, they can support Free Software Foundation and promote software freedom.

After Apple kicked out Epic Games’ proprietary game “Fortnite” off its App Store, Epic Games published a video asking people to join it in its fight against Apple.

To Epic Games: Make your games and software freedom-respecting (software libre) and one of the greatest communities of all time, “Free Software Community” will join you. We will not help you defeat a proprietary company to make yourself more powerful.