Mezopotamya has reported that a young man who was listening to Kurdish music in Ankara was stabbed to death by three people.

Barış Çakan (20) was stabbed to death in the Etimesgut district of Ankara for listening to Kurdish music. According to the information obtained from his family, Çakan was attacked by three people while listenin to Kurdish music when he got out to get some fresh air in the park.

It was learned that the people attacked Çakar was registered to Yozgat, Kırıkkale and Tokat, but no information on their identity was disclosed. Çakan who was stabbed in his heart lost his life on scene. The three suspects were detained after the incident. Çakan who was taken to Private Etimad Hospital will be buried today, his cousin Doğan Çakan, who also added that he too was attacked before for listening to Kurdish music.

Hate crime against Kurds is not something new in Turkey. Not long ago, being a Kurd was a crime in Turkey and some of its neighbor countries. There’s still a lot of discrimination against Kurds in Turkey.

Recep Tayyip Erdoğan and other politicians should act immediately to stop this discrimination and racist acts. Human rights activists in Turkey should not remain silent. Violating human rights is vicious and deserves punishment.

Following the murder of George Floyd, On May 25, people have came to the streets to shout their rights and say no to racism and discrimination. George Floyd was an American black citizen who was murdered by Derek Chauvin, a blue pig.

Derek Chauvin kept his knee on the right side of Floyd’s neck for 8 minutes and 46 seconds; according to the criminal complaint against Chauvin, 2 minutes and 53 seconds of that time occurred after Floyd became unresponsive.

People are still protesting and shouting against discrimination and injustice. I believe they have every right to burn public buildings. After all, these buildings are the places that the corrupt system has practiced this injustice and discrimination for years.

Howevr Derek Chauvin was fired and charged with a third-degree murder, which is not enough at all, three other blue pigs are still free. These blue pigs should be arrested immediately because of the murder of a human being.

Our fight is not over.

Blackblogs.org announced that they have changed their settings and they’re now back online.

Here’s the email message they sent:

We’re happy to announce that blackblogs.org can be accessed again!

We did experience a heavy DDoS attack and our upstream provider null routed our IP – meaning blackblogs.org and it’s
subdomains were unreachable.

It was not trivial to find a solution but for now we changed our setup and will see if it holds future attacks.

Of course we can not guarantee that this won’t happen again as we host many politically explosive blogs – but therefore we are here.

If there will be further DDoS attacks in the future please note that this targets the public facing side of blackblogs.org, not the
server itself. This means no data gets lost even if the website is unreachable at this point. 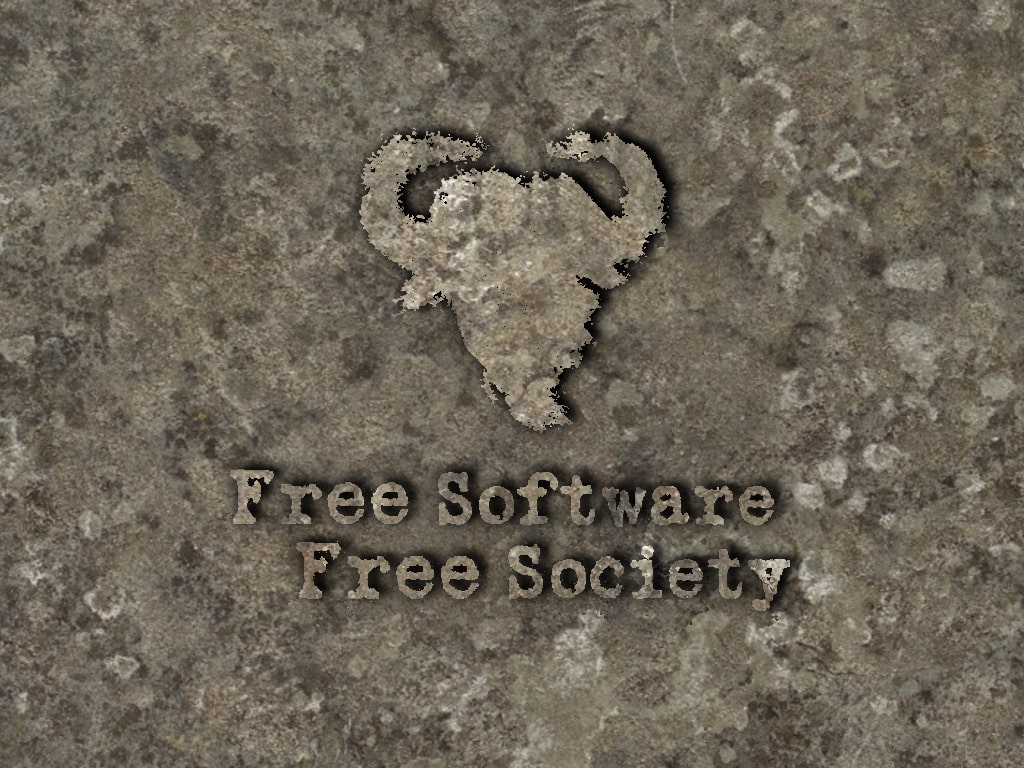 I explained about how free software is about freedom and not price and how the term free software can be confusing. To avoid this confusion some people use the term open source instead of free software.

I think it’s safe to say that the term open source is more popular (in public) than the term free software but they’re not the same.

END_OF_DOCUMENT_TOKEN_TO_BE_REPLACED

I know a lot of hackers. I, myself, am a hacker but being a hacker doesn’t just mean infiltrating other people’s systems (those are crackers). If you do hacks, you’re a hacker.

For example, few years ago when I was backpacking I had trouble opening a glass of pickles. What I did was to use a spoon to lower the pressure between the lid and the glass and when the compressed air was released, I opened it.

That was a hack. A simple hack to open a glass. Hacking doesn’t just mean sabotaging or entering security holes.

END_OF_DOCUMENT_TOKEN_TO_BE_REPLACED

There’s nearly 4 billion people in the world that are connected to the internet. Near half of the earth’s population right now. Internet has become something very important in our lives. Almost all data and information we use is transferred via internet.

Right now, free flow of information depends on internet and internet has been of the most important tools to protect free speech and human rights. Censoring internet or putting limitations on its connectivity is for sure a violation of freedom of speech.

During the latest protests in Iran, same thing happened and internet was down for near a month and people were unable to report their situation to anyone. This is a thing that should never happen again.

Governments like India can run a genocide. Same thing happened in Burma against Muslims and because of lack of connectivity to internet, nobody knew about it for a long time and even after world found out about it, the Burma’s government denied everything and tried to censor news and information about it.

We should find a way to provide a service (internet) that can’t be censored or limited. Protectors of human rights and governments that pretend that they value human rights should try to provide unlimited and not-censored internet to ensure that people can talk freely and report violations on human rights all around the world.

Free software is different with freeware. When we say free software, we mean free as in freedom. That’s why I call it free software. But there’s still some questions for people.

END_OF_DOCUMENT_TOKEN_TO_BE_REPLACED

Update: Blackblogs Is Back, Again.

About a couple of weeks ago, Blackblogs team announced with an email message that they are under a heavy DDoS attack and their great service is unreachable.

Now, after a while, Blackblogs service is still unreachable and they need help for switching their server and it’s a hard job as the new server probably will be the next target for attackers.

They are also evaluating automated tor hidden services, but there are technical details which might spoil any attempt in that direction.

If you can help Blackblogs in any way, please send an email message to blackblogs [at] blackblogs.org.

Today, protesters in Minneapolis clashed with police following death of George Floyd, a black human being, because of police brutality.

In a video that went viral on social media, a black human being was pinned down by a blue pig. Today, people were protesting against this brutality and this horrible, obvious violation of human rights.

The man in the video was telling the blue pig that he can’t breath but the pig refused to move his leg, which was placed on the neck of the arrested man, and the pig was pushing more weight on the poor guy’s neck. RIP George Floyd.

This injustice and brutality happens a lot in U.S., against black people (among other races). I believe waiting for the system to do something is wasting time. People should rise and protest and don’t stop till something serious happens from government.

This brutality, injustice, inequality, and discrimination should be stopped immediately with guarantees that these things will never happen again.

“Justice delayed is justice denied”. Don’t forget about this and rise up.

Menstrual Hygiene Day is an annual awareness day on May 28 to highlight the importance of good menstrual hygiene management. It was initiated by the German-based NGO WASH United in 2014 and aims to benefit women and girls worldwide. The 28th was selected to acknowledge that 28 days is the average length of the menstrual cycle.

In low-income countries, girls’ and women’s choices of menstrual hygiene materials are often limited by the costs, availability and social norms.Adequate sanitation facilities and access to feminine hygiene products are one part of the solution. Creating a culture that welcomes discussion and makes adequate education for women and girls is of equal importance. Research has found that not having access to menstrual hygiene management products can keep girls home from school during their period each month.

Menstrual Hygiene Day creates an occasion for publicizing information in the media, including social media. Public information campaigns can help to engage decision-makers in policy dialogue. The day offers an opportunity to actively advocate for the integration of menstrual hygiene management (MHM) into global, national and local policies and programs.